This blog post is written by Varda Harneja, a very enthusiastic runner from Delhi NCR, and now a podium finisher at the NCR running scene. Varda talks about how her life got affected by a rare medical condition, and how she overcame it though running.

THE SUDDEN JERK, THE FIGHT and BEYOND!

Imagine waking up and the only part of you that is working, is your brain! You’d constantly visit docs in search of an answer but you hardly get help, every doctor visited was unable to find the reasons despite extensive tests, as the knowledge of Myasthenia Gravis is very limited. 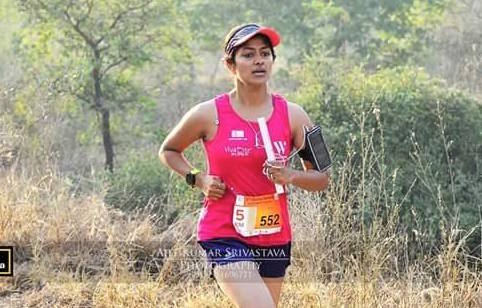 Yes, that’s the term I got introduced to, back in 2012. It was a jerk of sorts, to my smoothly sailing life. After delivering my daughter in 2010, I started experiencing slight difficulties of sorts in general chores, in handling the child and later in my amateurish jogging too. After about a year, I ended up taking a lot of supplements for strength, as the doctors thought I am going ‘weak’ and thus the limbs don’t ‘function’. None of them realized the alarming situation, despite my constant complaining that it is ‘something else’ that I can feel, till the time I collapsed like a deck of cards, amidst happily playing with my kid. Fortunate if I can say, was that fall that lead us to a neurologist who thus declared it to be this dreadful chronic illness called MG! 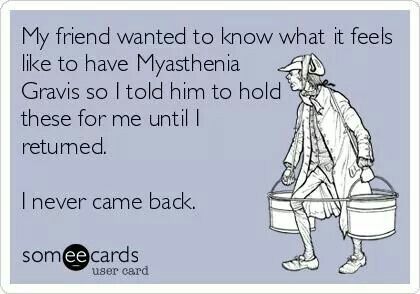 Life has never been the same post that day when I completely understood what actually MG was. It took me time to understand, to mentally prepare myself that my muscles will not respond the way I want them to! That may include them not allowing me to get off my bed right in the morning, to not being able to simply comb my hair, or feeling a 50kg weight hanging from my eyelids or even just let me blush or laugh out loud!

No cure, no cause, no reasons, no answers. You’re left on your own, to fight it out! So you chose, you want to be a VICTIM or a FIGHTER!! And do I need to say a hell of a fight it was! It made me realize the importance of a healthy life, my own body, made me a hell lot stronger than I was and changed my entire perspective towards life! 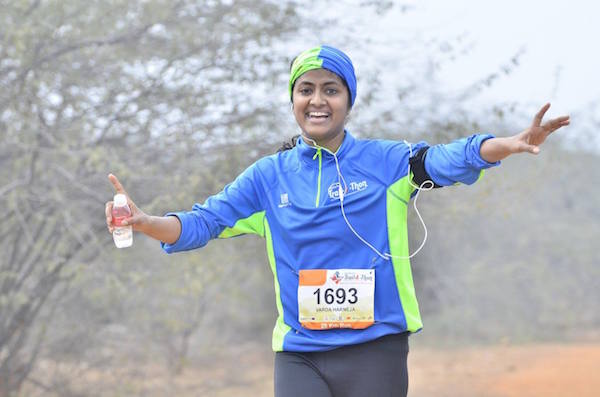 Sometimes MG will go into periods of remission, where the disease lies dormant in your body. This can sometimes last for years but can flare up without any warning at any point. All of a sudden you are on bed just as a body, looking forward for other people for help. At this time, science cannot explain why. All of us hope for remission, few of us experience it. And as I said, I found my miracle . No explanation of how, till when, why… but I am going to live it till it lasts… and making sure it doesn’t have the guts to come back!

Post being in remission, I re-started my amateurish jogging in mid 2014… Just to get my muscle strength back, to fight out for my body and above all fight out for my mind… GET MY SELF TOGETHER! Since then there has been no turning back. Though MG keeps giving me small reminders of the past… but I along with running have managed pretty well in kicking the ass out of MG till now. Every time it reminds me, it makes me tougher. More it attacks, more I start preparing for the next fight. I prepare and I prepare hard as now I know the significance of exercise, muscle strengthening, fitness and LIVING HEALTHY! 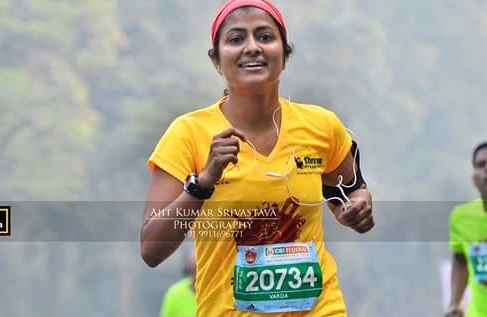 Earlier I used to run because I could. Now, I run because everyone, including my own body sometimes tells me I can’t. I chose to run not because it is easy, but because it is hard! I decided that since I cannot do anymore than I’m doing to treat it or prevent worsening, so what else do you do? You live with it and you live your life around it! All I could do was what docs told me, go through treatments, do my own research and work with it.

After almost 2 years of resuming running and more than a month of the 100 day running challenge… all I can say is that if I can’t run, I lose a person who chose a daily sport that rewards you by making you suffer. I would lose a piece of who I have found myself to be as I’ve grown in the past 2 years. It’s not something I really do… It’s become an identity for me. It’s what I talk about to people. I’m sure I drive people crazy. It’s become such a huge part of me. It will really be upsetting if I can’t run. So I’m going to keep doing what I can as MG here messed up with the wrong chick!!