Running everyday, for 100 days, is an amazing challenge. It needs a lot of determination, especially when you are going through challenging times, with work, with travel in particular, with your life in general. But fighters always find a way through all that, and come out a winner. Do you have it in you? 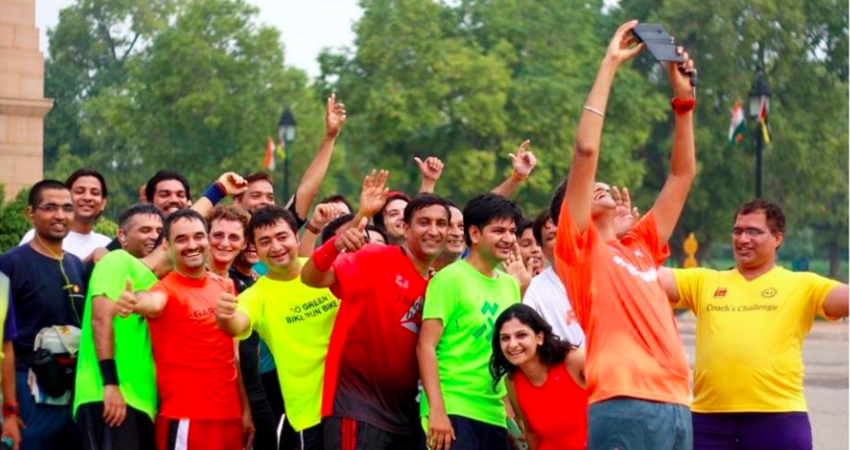 2015 was an amazing journey for the 100 Days of Running participants. 187 runners from across India started this journey together on May 1st. 48 runners were still running on the 100th day on Aug 8th. Together, they ran 47,000km combined. In all, there were 28 CHAMPIONS who ran all 100 days. There were runners who did miss a few runs, but that did not stop them continuing.

Mamta Jaiswal – a new Delhi NCR runner, Mamta was in her first year of running when she started the 100 days of running in 2016. She went on to do a 10 days 21km streak during the 2016 edition, and recently did a 100 miler run in one of the toughest ultra races in India, Run the Rann in Thar desert in Gujrat. She is now one of the most accomplished women ultra runners in India

Sonia Juneja – another newbie runner from Ahmedabad who found it difficult to run a couple of kms when she started with 100 days, and now regularly runs half marathons.

Manjit Ram – an unknown runner from Phagwara, Punjab, before the 100 days event. Manjit ran a massive 3000km to top the 100 days leaderboard across the country, in a journey of self discovery where found things he did not ever know he was capable of.

Harminder Singh – Delhi NCR runner who started with the 2015 100 days edition, and never stopped. He has been running everyday since and has seen huge improvements in his performance. From being a casual runner to an under-4 hours SCMM finisher, 100 days has been a transformational journey for Harminder

Kanwarpal Singh – Another runner from Delhi NCR. Runners inspire other runners, and Kanwar was inspired by the achievements of Harmider to start his streak after the 2016 edition, and he continues to run everyday without missing a single day. He has run at airports to make sure he manages to run the 2km everyday.

Justice Bangarh – from Phagwara, Punjab. A retired judge, Justice Bangarh was the second highest on the distance charts in the 2016 edition clocking 2000+ kms in 100 days. He now regularly achieves podium in his age category at various running events.